WHO warns on Monkeypox 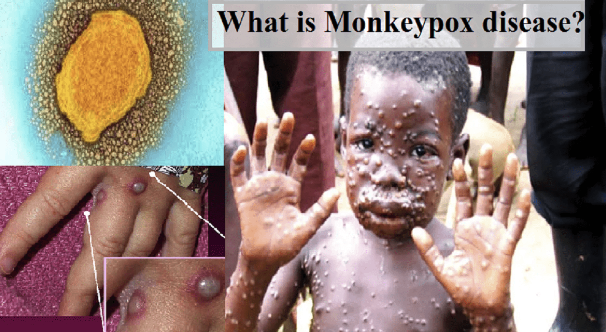 WHO reported more than 1,000 confirmed cases of monkeypox from 29 countries that are not endemic for the disease.

Monkeypox is a rare viral disease caused by the monkeypox virus, a zoonotic disease that can spread from animals to humans and between people via close physical contact including sexual contact through rash or body fluids with someone who has symptoms. The initial symptoms include high-fever, swollen lymph nodes and blistery chicken pox-like skin rashes. The risk of spread to the general public is low.

First identified in colonies of monkey in 1958 and later detected in humans in 1970. The most vulnerable group include pregnant women, children and people with immune deficiencies who may develop complications include skin infections, pneumonia, confusion and eye infections that can lead to loss of vision.

The smallpox vaccine offers degree of protection against monkeypox disease. Several countries like Canada, UK and US have introduced a “ring vaccination” strategy to try to contain the spread of the virus. By January 2022, an anti-viral drug, Tecovirimat was approved for the treatment of monkeypox.

One case of monkeypox in a non-endemic country is considered an outbreak. However, the WHO believed the situation is unlikely to escalate into full blown pandemic.